Some may say I was lazy, some others may say that I took a break for the day, but in reality I beleive it was better to stay with my familly during a power outage that dropped our house to 12 degrees and make sure my daughter and wife were warm and confortable.

That being said I still cleared the driveway and did 1h15mins spin The Hunted from The Sufferfest video. 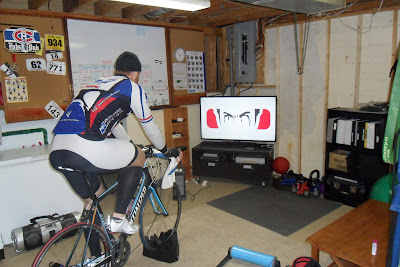