FTP vs Time Off Results

Endurance athletes are a special kind of sick minded people, I include myself in this.  I say that because we train 8 to 9 months a year for a 2 to 3 months racing season.  But if you look at sports that wouldn't qualify as endurance sports like hockey, the guy practically don't train at all on the ice during the off season.  They might hit the gym, but few of them actually skate unless its a short training camp. 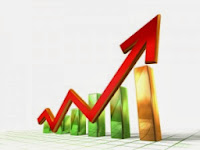 Years after years I have train to get better and maybe took 1 week of between season and was taught it was enough, but few years ago thing came clear, I needed more time.  Time to rest, heel, and time for my head to want to go through this sort of pain again.  So last year I took 2 weeks off but because I really didn't have a busy summer due to injury and surgery I pretty much spent the entire summer resting so 2 weeks seems to be the right time off.

But this year, after #Ironman Arizona, I decided to take a complete 3 weeks off, absolutely no training or physical activity what so ever.  Woke up, went to work, came home, be a dad and went to bed.  That s it.  3 weeks later I had the hitch to train, in fact after one week I felt like I needed to do something, but held on to the plan.

On my very first training session I planned to perform an *FTP test.  So that morning I got up, 0400hrs had a coffee and a shake, the a weight test and body composition measurement, I was slightly dehydrated, but nothing alarming and I had gain about 5 pounds.  Not bad for a 3 weeks off.  Well to my surprise, the test was above and far beyond expectation.  During my last test about a month and a half ago, my FTP was 301 but that morning my numbers had gone upright to 334, the best number I ever had.  The test was done on the same bike, same trainer, and even the pressure in my tires were the same.  I was really excited.


So basically what I'm saying is, the time off paid, now for the next 2 months my plan is to test my FTP every 2 weeks, then following those 2 months, I will do the test once a months and see if this stabilize, going up or down.  Fingers cross!

For appreciation for the number, look at my need training zone for the next few weeks.


In my next article, will be my season review.

*FTP - Functional threshold power or pace (FTP) is the highest mean average power or pace you can maintain for one hour. That’s quite precise, clear and logical. It even fits nicely with what we know about AT, LT, and VT. When you are in good shape these various measures of intensity can be maintained for about an hour.  - Joe Friel
Posted by Unknown at 9:27 AM